China Does Not Have the Highest Tariffs Among the Big Countries 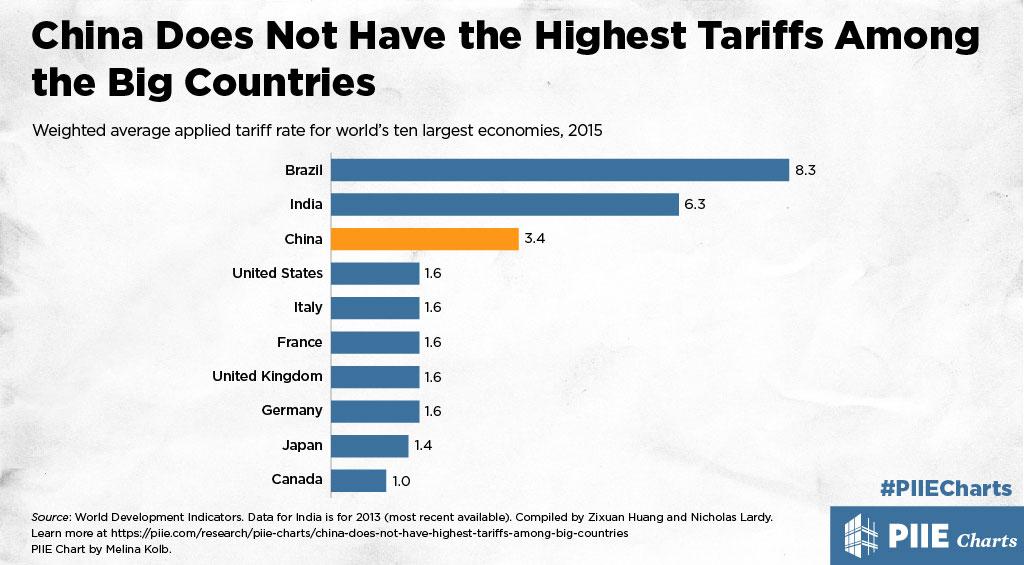 Tariff barriers in China are modest compared to other large economies, contrary to an assertion by Commerce Secretary Wilbur Ross in the Wall Street Journal that labeled China as "the most highly protectionist of the big countries." Tariffs were high three decades ago, but the country lowered them to join the World Trade Organization in 2001. China is now behind Brazil and India in a ranking of weighted average applied tariff rates among the largest economies, and not significantly above the United States. Other trade barriers, such as import quotas and licensing requirements, have also been largely eliminated.

This PIIE Chart is adapted from Zixuan Huang and Nicholas Lardy's blog post "Is China the Most Protectionist Country? No, Not By a Long Shot."