Nicolas Véron, senior fellow, joined the Peterson Institute for International Economics in October 2009. Véron is also a senior fellow at Bruegel, a Brussels-based economic policy think tank he helped cofound in 2002–04. A French citizen and graduate of Ecole Polytechnique and Ecole Nationale Superieure des Mines de Paris, he has held various positions in the public and private sectors, including as corporate adviser to France's labor minister (1997–2000), as chief financial officer of the publicly listed internet company MultiMania / Lycos France (2000–2002), and as an independent financial services consultant. Since July 2013 he has been a board member of the derivatives arm of DTCC (the Depository Trust and Clearing Corporation), a global financial infrastructure company.

Véron's research is mostly about financial systems and financial reform around the world, including global financial regulatory initiatives and current developments in the European Union. He has published on accounting standards, audit firm governance, banking supervision, cross-border financial crisis management, economic nationalism, financing of high-growth firms, industrial policy, internationalization of large companies, oversight of inward investment in the European Union, and rating agencies. He is coeditor of Transatlantic Economic Challenges in an Era of Growing Multipolarity (2012) and coauthor of Smoke and Mirrors, Inc.: Accounting for Capitalism (2006). He is trilingual in English, French, and Spanish, and has fluent understanding of German and Italian. In September 2012, Bloomberg Markets included Véron in its second annual 50 Most Influential list, with reference to his early advocacy of European banking union.

Banking Disrupted? Financial Intermediation in an Era of Transformative Technology

END_OF_DOCUMENT_TOKEN_TO_BE_REPLACED

China's debt: Worse than you think, but may not be a problem

Greek Banks - What Next? 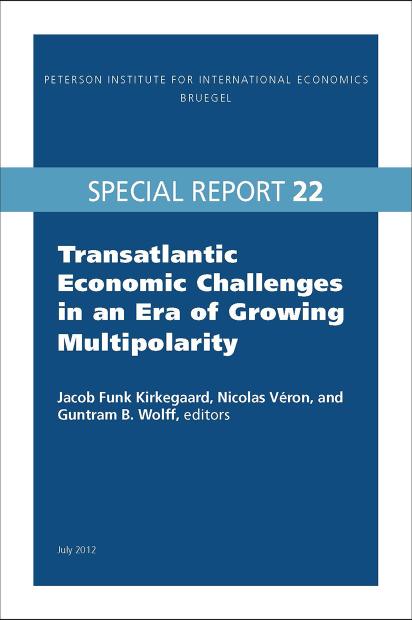