TPP Will Promote Investment as Well as Trade

The Trans-Pacific Partnership (TPP) is often thought of foremost as a trade agreement, but one of the most important contributions of the agreement will be to facilitate greater foreign direct investment (FDI) in the United States by partner country firms.1 Inward FDI brings jobs, capital, spending on research and development (R&D), technology, and productivity improvements to the US economy. At the same time, TPP will provide greater market access for US firms in partner countries, allowing them to expand their overseas operations and capture more of the global market share, benefiting workers, strengthening R&D, and expanding investment back home in the United States.

TPP will impact FDI in two distinct ways. First, TPP will include provisions that directly reduce barriers to investment by improving intellectual property protection, removing barriers to investment in services, and increasing consistency and transparency of regulatory regimes across partner countries. Second, reducing barriers to trade increases FDI simply because trade and investment are complements. Eighty percent of all trade in today’s world takes place among affiliates of multinational corporations (MNCs) or within supply chains organized by MNCs. Therefore, it is no surprise that in A.T. Kearney's 2014 Foreign Direct Investment Confidence study, 53 percent of the business leaders surveyed said that TPP, if implemented, would impact their investment decisions. Another 22 percent said that the prospect of TPP has already influenced their investment decisions.

In short, a large component of the benefits from TPP to the United States will accrue via FDI, both inward FDI into the US economy and outward FDI to access partner economies.

Inward FDI by TPP firms in the United States

In 2012 (the most recent year for which data are available), firms headquartered in TPP countries employed more than 1.4 million workers in the United States, which was 26 percent of all US workers employed by foreign firm affiliates in that year. Figures 1a and 1b show that employment by TPP country firms in the United States, both in absolute terms and relative to total employment by all foreign firms, peaked in the late 1990s, dipped slightly in the early 2000s, and has been increasing recently. This pattern suggests that there is potential for even greater growth in employment of US workers. These firms paid average wages and benefits of more than $74,000 per worker, which is well above the average for all US firms.

Figure 1a Total employment by TPP country firms in the US 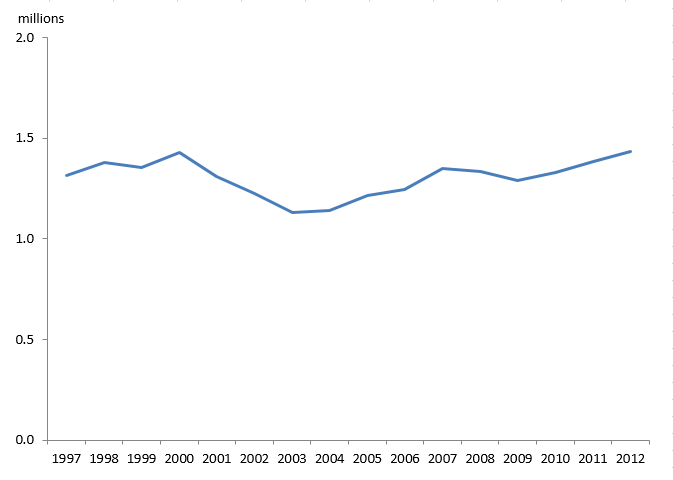 Figure 1b TPP share of foreign affilate employment in the US 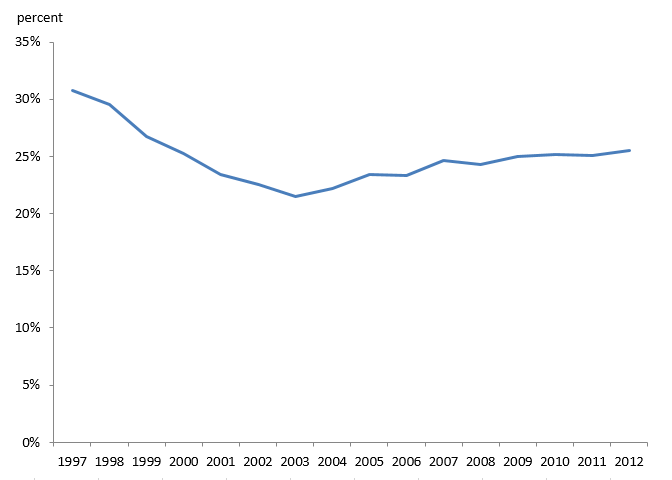 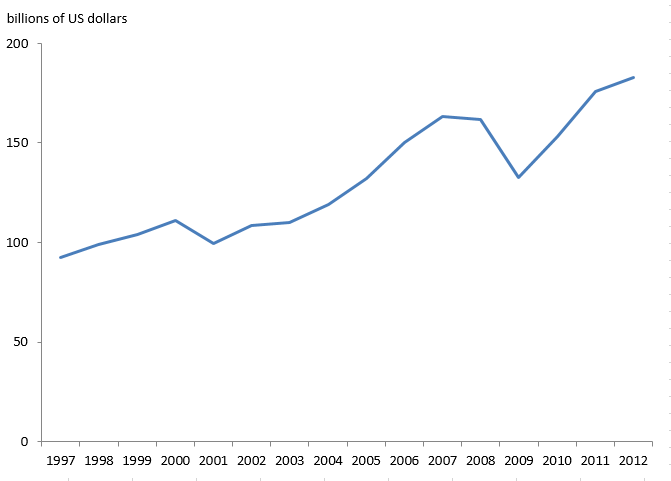 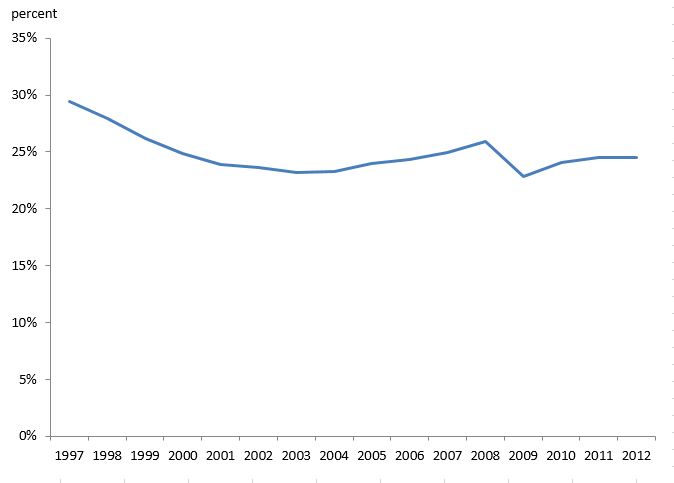 FDI has economic implications even beyond job creation, investment, and R&D spending. The presence of foreign firms puts competitive pressure on domestic firms while at the same time bringing know-how that might be used to improve domestic firm performance. When foreign firms enter a market, they deploy new production technologies, management practices, and quality-control procedures that can spill over to the local market. These FDI spillovers can take the form of horizontal technology transfers from foreign to domestic firms in the same industry. Workers may leave a foreign-owned firm and take the techniques they have learned with them to their next job in a domestic firm. Spillovers may also be vertical. If foreign-owned firms wish to source inputs locally, they may demand higher quality from or even share production technology with their suppliers, resulting in greater productivity of local firms in upstream industries. Our earlier work shows that roughly 12 percent of the total productivity growth in the United States from 1987 to 2007 can be attributed to productivity spillovers from inward FDI (see Moran and Oldenski 2013).

FDI from Japan Is Especially Important

Among the TPP countries, Japan is the most important for FDI in the United States. In 2013, Japanese firms were the largest source of new inflows of FDI into the United States for the first time since 1992, injecting almost $45 billion of fresh investment into the US economy in that year alone. The data show Japanese investors to be a particularly dynamic component of the US economy, with steadily increasing integration, both through networks of Japanese suppliers attracted to coinvest alongside Japanese primes and through backward linkages to indigenous US companies. The R&D intensity of Japanese firms also exceeds that of other foreign firms in the United States. In 2012, the average US worker at a Japanese firm received almost $80,000 in wages and benefits, well above the US average (Moran and Oldenski 2015).

Investment by US Firms in TPP Countries

In addition to increasing investment in the United States, TPP will also create greater opportunities for US firms to expand not just through exports but also through FDI. Figure 3a shows that sales by foreign affiliates of US MNCs in TPP countries have been increasing over time.  As shown in figure 3b, in 2012, 31 percent of sales by foreign affiliates of US MNCs poured into TPP countries. Many of the provisions that will likely appear in a final agreement will improve the access of US firms in TPP countries by standardizing investment rules, strengthening intellectual property protections, and removing barriers to entry. Previous research by Hufbauer, Moran, and Oldenski (2013) shows that expansion of US-based firms strengthens these companies and increases their hiring and investment both at home and abroad. When a US firm increases the employment at its foreign affiliates by 10 percent, employment by that same firm in the United States goes up by an average of 4 percent. Capital expenditures and exports from the United States by that firm also increase by about 4 percent. R&D spending, which is associated not just with overall US employment but with employment in high-skilled, high-paying jobs, increases by 5 percent.

Figure 3a Sales by US MNCs in TPP countries 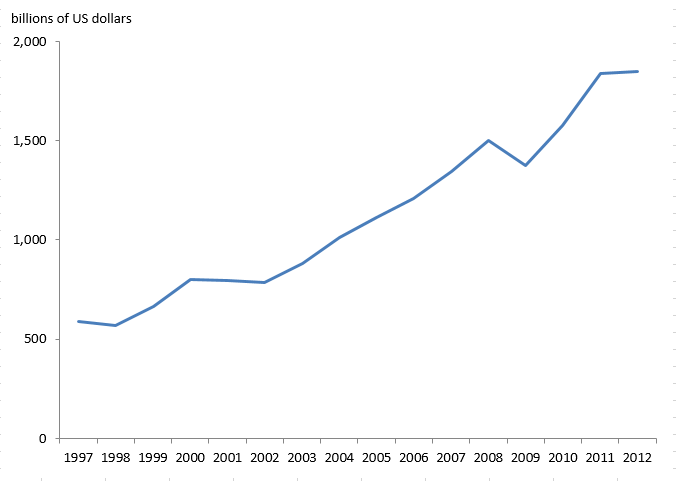 Figure 3b TPP share in total sales by US MNCs 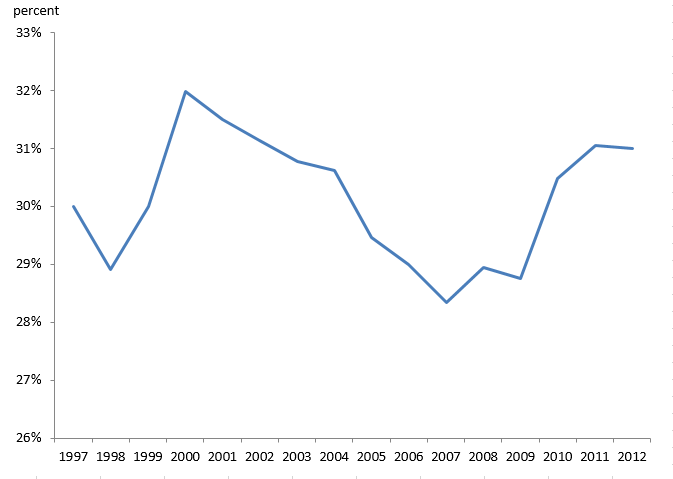 Although TPP is often referred to as a trade agreement, it is about much more than just trade. A number of the provisions likely to appear in a final agreement impact foreign direct investment both directly and indirectly. The resulting expansion of FDI will bring many important benefits for US workers and firms—and the US economy as a whole.

1. At the time of writing, the countries involved in the TPP negotiations include Australia, Brunei, Canada, Chile, Japan, Malaysia, Mexico, New Zealand, Peru, Singapore, Vietnam, and the United States.