A Guide to Renegotiating NAFTA

The North American Free Trade Agreement (NAFTA) has shaped the economies of the United States, Canada, and Mexico since 1994. President Trump’s plan to renegotiate NAFTA could profoundly affect US firms and workers. The Peterson Institute for International Economics supports a constructive approach to revising NAFTA in a series of papers and two conferences on “A Positive NAFTA Renegotiation" in the summer of 2017. Below is a special graphic feature on the basics of the agreement and proposed strategy for moving forward. 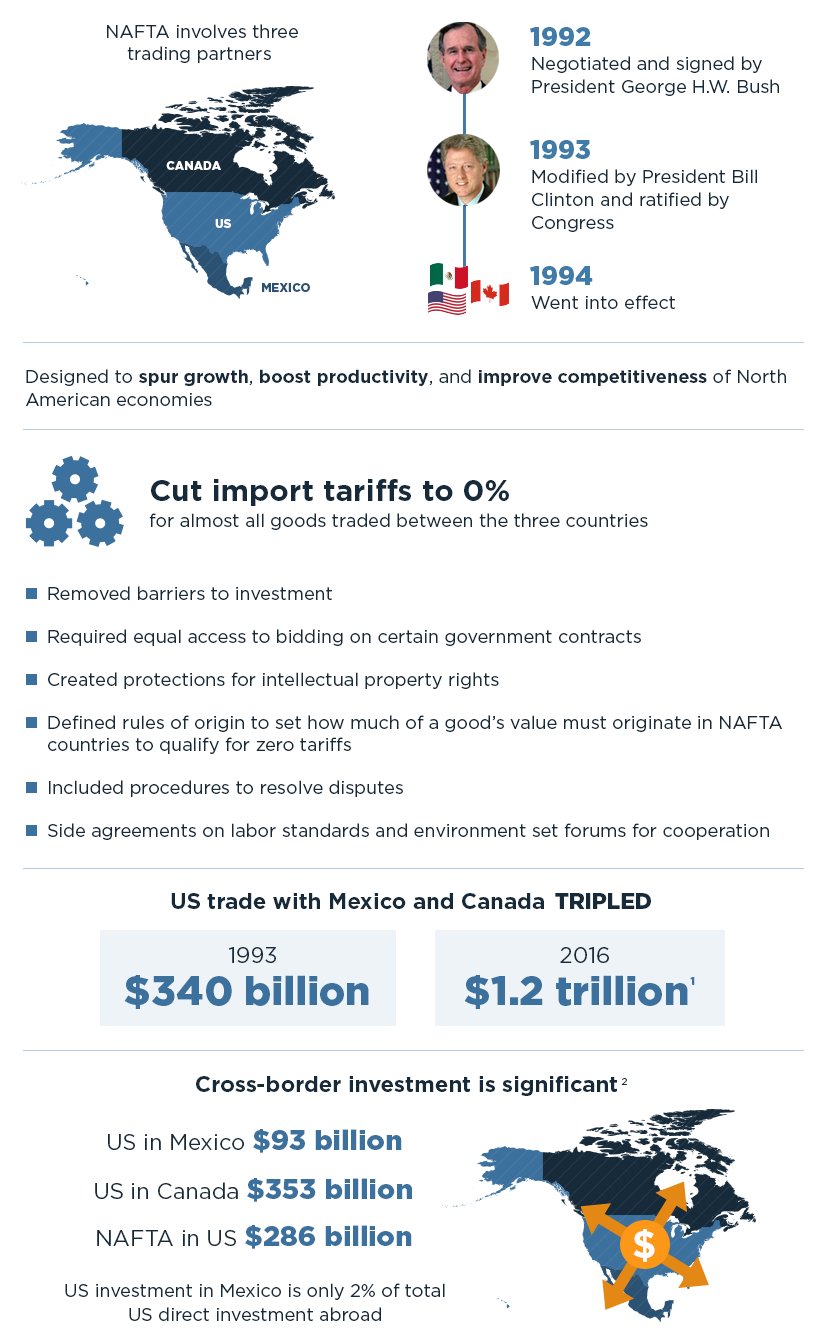 MEXICO AND CANADA ARE AMONG THE UNITED STATES’ LARGEST TRADING PARTNERS

Canada and Mexico account for a quarter of total US trade (exports and imports) in goods and services. 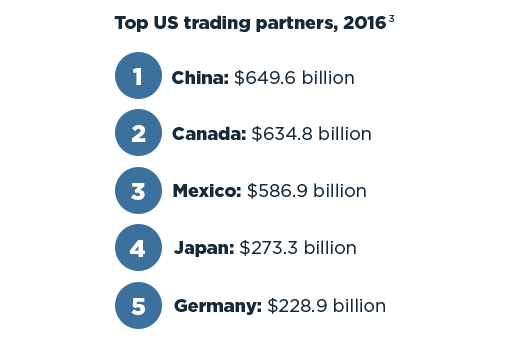 THE US-MEXICO-CANADA ECONOMIES ARE TIED TOGETHER

MANY STATES RELY ON TRADE WITH CANADA AND MEXICO

Explore the interactive map below to see what percent of each state’s exports or imports is traded with NAFTA countries.

Many US industries, especially automobiles, depend on either Mexico and/or Canada for components in their final products, strengthening their global competitiveness and lowering prices for consumers.

TOP INDUSTRIES THAT DEPEND ON THE DEAL

SOME JOBS WERE LOST, BUT THE ECONOMY EXPANDED WITH MANY JOBS

The US Labor Department reported that 414,000 workers were displaced between 1994 and 2002 because of NAFTA, less than 2 percent of the 31 million total job displacements during that time. Automation and other nontrade factors phased out many more jobs than trade. Tens of millions of jobs were added to the US economy in this period.5 The US economy grew significantly in the first decade after NAFTA with annual growth of 3.3 percent.6

WITHOUT NAFTA, US-MEXICO TRADE WOULD SUFFER

Ending NAFTA could subject US exports to Mexico to higher tariffs, hurting US firms, workers, and farmers, whereas tariffs on imports from Mexico could be raised by much smaller amounts. Tariff increases would disrupt critical North American supply chains of autos and other goods, raising production costs, undercutting the competitiveness of US companies, and hitting consumers with higher prices. 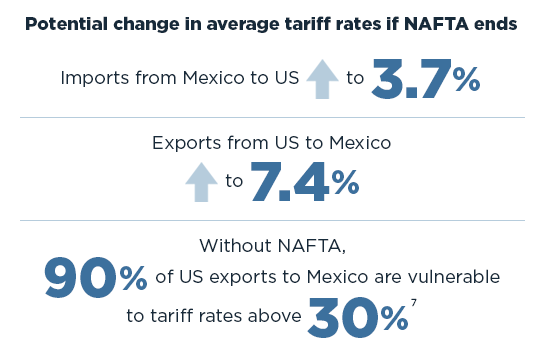 WHAT NOT TO DO IN THE NEGOTIATION

Revise rules of origin to require more content from US factories

Attempt to “level the playing field on tax treatment”

5. US Bureau of Labor Statistics.

7. By value. Mary Amiti and Caroline Freund, “US Exporters Could Face High Tariffs without NAFTA.”