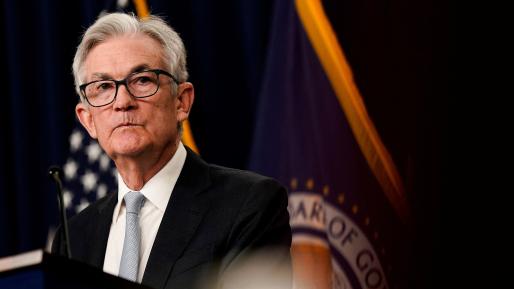 The Federal Open Market Committee (FOMC or Fed) raised its policy interest rate 0.75 percentage point at the November 2 meeting, as expected, but surprised markets by highlighting the possibility that rates could rise by smaller amounts as soon as the December meeting. Bond yields fell on the announcement but fully rebounded after the press conference, in which Chair Jerome Powell stressed that a slower pace of rate hikes would not preclude the Fed from raising rates much higher next year if needed to fight inflation.

The shift in focus from the pace of hikes to the likely endpoint for interest rates makes a lot of sense. For most of this year it has been clear that the Fed was far behind the curve, and it needed to move rapidly to raise rates. But as the Fed approaches a level of rates that may be appropriate for the economic situation, it should slow down to watch for signs that its tighter policy stance is having the desired effect. So far, those signs are very tentative, but they are likely to become clearer in coming months.

In the end, Powell did not change market views much about the future path of interest rates. But he did provide some good insights into how the Fed thinks about its fight against high inflation. While leaving the door open to a slower pace of rate hikes soon, Powell said it would be “very premature to pause” because the Fed has a “ways to go” to get interest rates where they need to be to cool off inflation. He stressed that it is far better to tighten too much and reverse course rapidly if inflation tumbles back toward its target than to tighten too little and allow firms and workers to start raising their expectations of inflation going forward. In the latter case, the Fed would have to tighten more later, almost surely causing a more painful and longer-lasting recession than it would in the former case.

In other comments, Powell said he does not see evidence of a troubling wage-price spiral. But he has been disappointed that goods price inflation, which soared late last year, has not slowed down as much as he had hoped and thus has not helped to offset rising services inflation this year. He did note that rental prices for new apartment leases are starting to come down after rising strongly earlier this year. He said it would be several months before these price decreases show through into the published inflation data, but that Fed staff will continue to incorporate this information into their forecasts.