Mention the name “Lothar de Maiziere” in most conversations and one will elicit blank stares. But de Maiziere, who visited Seoul in November, is actually one of contemporary history’s more interesting personages. He was elected to the parliament as a Christian Democrat in East Germany's only free election, served as Prime Minister for 5 months, and signed the unification treaty, essentially turning off the lights on the communist system.  He visited Seoul as part of a 20 person German delegation that had come to South Korea at the behest of Deputy Unification Minister Kim Chun Sig, to make sure, as German magazine Der Spiegel put it, “history repeated itself.” The three part series in Der Spiegel, by Jochen-Martin Gutsch, is well worth reading.

To the Germans’ astonishment, South Korea appears to be intent on maintaining border controls, post-unification or as one of the delegation members put it “I'll be damned! They seriously intend to close the border after the wall has fallen!" The reason is not hard to fathom: while the ratio of per capita incomes in West Germany to East Germany was perhaps 2 or 3 to 1. The gap between North and South Korea is far, far, wider and growing by the day. 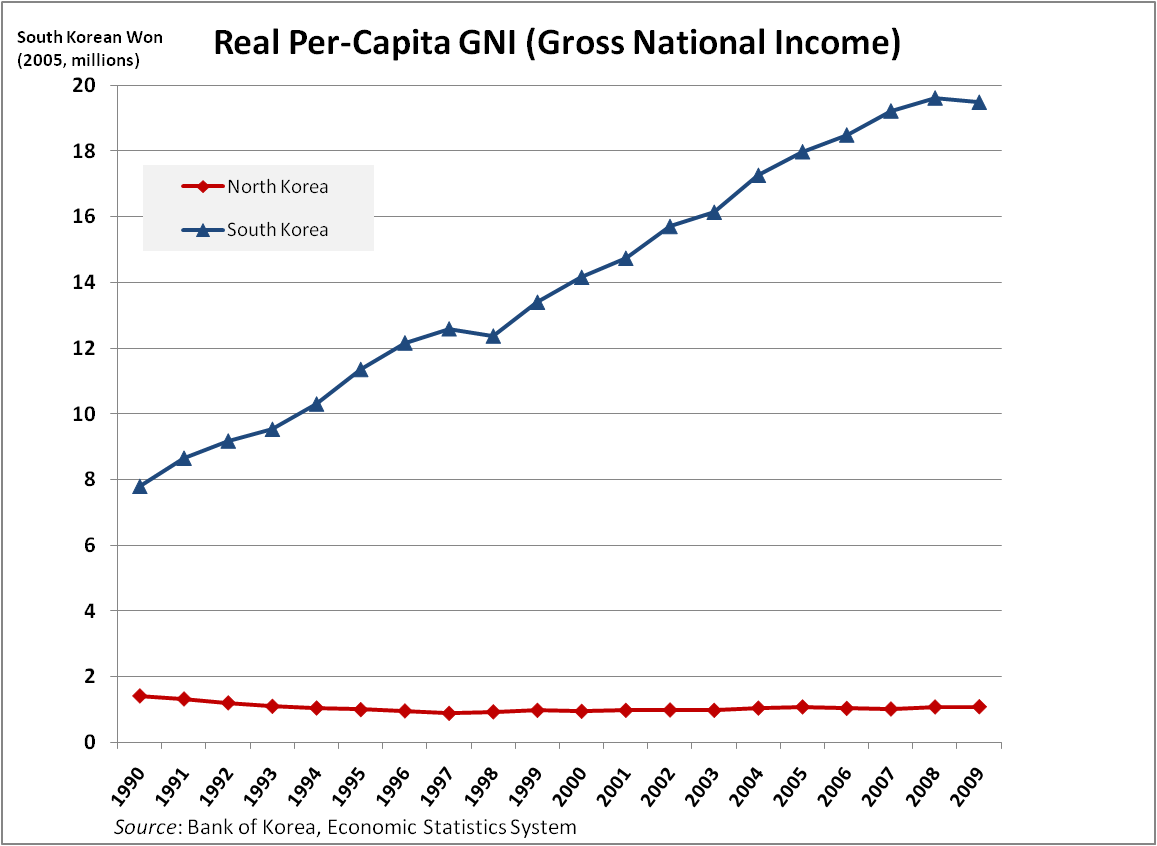 Fears of mass cross-border migration have been stoked recently by a report issued by the Korean Employers Federation that claims that a sudden collapse of the North Korean state could send as many as 3.65 million North Koreans across the DMZ. Obviously such estimates are conjectural, but for what it is worth, when Sherman Robinson, Tao Wang, and I built a computer model of Korean unification and did a conceptual experiment where we allowed only labor and not capital markets to integrate, North Korea was virtually depopulated. But this is an admittedly extreme, indeed, fanciful, scenario.  In a more plausible scenario where there is considerable investment in the North, and limited cross-border migration for a period of ten years, the two economies eventually converge to an equilibrium where the incentives for mass migration have been eliminated.  But as observed in an earlier post, the situation today is comparably worse than a decade ago, and in any event, this scenario requires the maintenance of border controls for an extended period of time.

Nevertheless, there are lessons from German history for the prospective case of Korean unification, discussed in chapter 8 of Avoiding the Apocalypse:

From the standpoint of South Korea, the policy lessons can be grouped into

In the former category,

In the event, some of the things that can be learned from the German experience involve the exchange rate, those these are more subtle that than the conventional view that the Germans got the initial conversion rate wrong (and we won’t make that mistake).  A more considered review of the German case would suggest: