In an earlier post we argued that North Korea’s trade dependency on China, while large and rising, is frequently exaggerated in public discussions. According to press reports, the Korean Development Institute has apparently gone some way in rectifying this situation, determining that China accounts for 57 percent of North Korea’s trade—a far cry from the 80 percent derived from the KOTRA figures that ignore North-South trade, yet still well above the 30-40 percent we obtain on the basis of IMF figures.  Like KOTRA, the KDI figures appear to be missing trade—their overall estimate for total North Korean trade, approximately $6 billion, is well below the $8-11 billion reported in recent years by the Fund. Those figures are not unimpeachable—just take a look on our recent posting regarding their FDI data, but it is striking that the numbers diverge by such large margins. 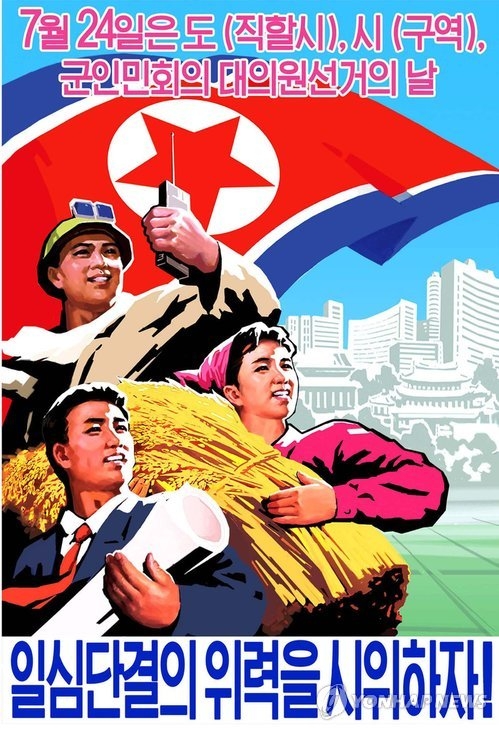 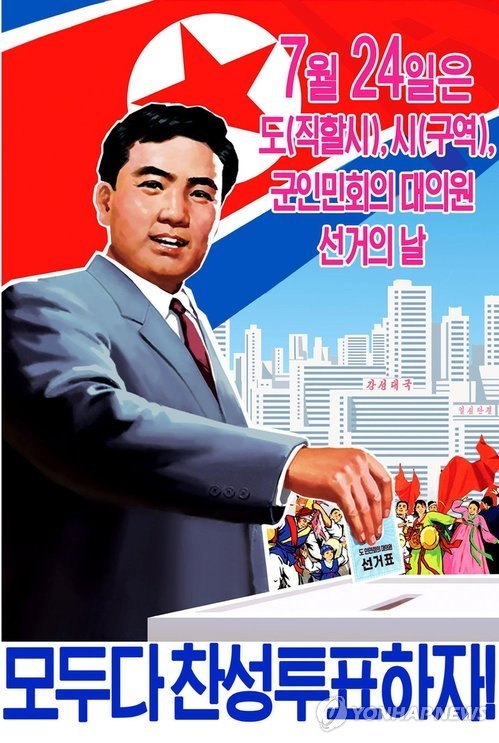 We also commented earlier on North Korea’s upcoming elections and their possible use as a mechanism for social control.  Curtis Melvin at the extraordinarily informative North Korea Economy Watch came up with the election posters above. Our translations of the slogans are “Let's demonstrate the great power of unified minds” and “Let's all vote yes!” Wonder what the turnout will be like.

Finally, the mishaps just keep coming for North Korean women’s soccer team.  Previously best known for assaulting referees (see You Tube video above from the 2007 Asian Games), after North Korea  fell to the United States in the current Women's World Cup, their coach explained they had been struck by lightning.  Now two players have tested positive for performance-enhancing drugs, and FIFA has had the whole team tested.  Results should be back in a week or so.