Slave to the Blog: Choco Pies, the Ebola virus, the "Eastern" and the “Paektusan" lines 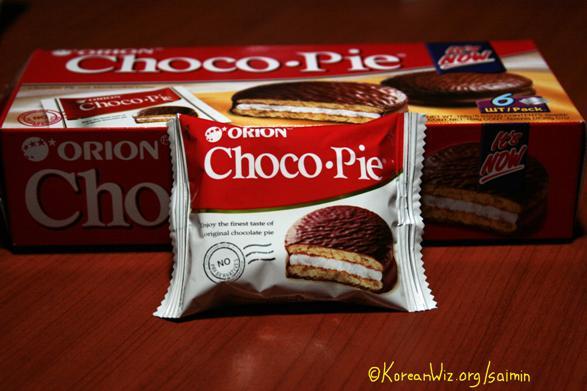 The Economist magazine has its Big Mac index; maybe we should have a Witness to Transformation Blog Choco-Pie index. The price of the cakes, which are provided to KIC workers as snacks and circulate in Kaesong as a parallel currency, fell on news that KIC might be re-opening.  (Either that, or news that former Witness blogger Alex Melton’s suggestion that North Korea trade the Choco-Pies to Detroit for 50,000 canine barbeques-in-waiting had been rejected. ) The Choco-Pie price, which had reached 3000 won during the KIC shut-down, fell to 500 won in anticipation of new supply reaching the market when KIC production resumes. A local baker tried to enter the market with Choco-Pie Rice cakes, but the authentic cakes maintained their premium over the inferior local product

At least they won’t be contaminated by nuclear, chemical, or biological agents. China has announced that it is banning the export to North Korea of dual-use items including the Ebola virus, a potential biological warfare agent, and items potentially usable in nuclear weapons production including “nickel powder, radium, flash X-ray generators and microwave antennas designed to accelerate ions.” The list was released jointly by the Commerce Ministry, the Ministry of Industry and Information Technology, the General Administration of Customs and the Atomic Energy Authority. While I am generally skeptical of Chinese claims of sanctions enforcement, the inclusion in the Customs Administration gives one hope.  Too bad the PLA was absent from the press conference. The action comes in the context of the dispute over Syria’s use of chemical agents, signs that North Korea is restarting the Yongbyon reactor, upping missile engine testing, and China’s call for resumption of the Six Party Talks. It’s not clear to me how much this action, if implemented, would slow North Korea’s nuclear weapons program, but it seems to be a signal of China’s growing displeasure.

While China seems to be turning the screws ever so gently, Russia and North Korea announced the re-opening of the Khasan-Rajin railroad link. The railroad link has existed for a long time (some reader surely knows exactly how long) but the bridge across the Tumen River had fallen into disrepair and the Russians have sunk considerable money into rehabilitating the bridge and other repairs. Someday the link may become part of the “Eastern Line” aka the "Iron Silk Road" extending from Pusan into Europe.

A different kind of line is the concern at the Committee for Human Rights in North Korea (full disclosure: I’m a board member) blog spot.  Bob Collins has an interesting post on ideological developments in North Korea. He goes through the ideological rationale for hereditary succession (“the Paektusan line”), and the “Ten Great Principles of Establishing the Unitary Ideology.” Thankfully he spares us a detailed review of the 65 sub-principles.

Finally, don’t forget to enter our Rodman Roster fantasy basketball contest: choose the roster that the Worm takes to Pyongyang in January and win a copy of Sanctions, Inducements, and the North Korea Problem. (Too bad Ambassador R couldn’t wait a couple more months: it would have brought new meaning to the term “March madness”.)  I thought that I would give my picks which have not benefitted from any inside dope from Ambassador Rodman’s foreign policy advisor, Dan Pinkston aka Our Man in Seoul.  Here it goes:

1)       Rick Mahorn.  The former Bad Boy Pistons teammate has filed for bankruptcy and seems to need a gig.

3)      John Salley. Former Pistons teammate. I figure Paddy Power, which is bankrolling this enterprise, wants one player who can speak in complete sentences at press conferences.

10)  Latrell Sprewell. Broke.  And Spree, don’t choke your coach—remember, Ambassador Rodman travels with a former MMA fighter as a bodyguard.

11)  Christian Laettner. Another former teammate, this time on the Mavs. On the one hand, our diversity candidate has well-publicized money woes. On the other hand, he has a rep for being such a jerk that even Worm might not want him along for the ride.

12)  And for my final pick…..Rasheed Wallace.  Now, honestly, I don’t think that the Worm is taking ‘Sheed to Pyongyang. But I start to laugh every time I envision ‘Sheed trying to scream at a ref in Korean.  How do you say “Ball Don’t Lie!!!” in Korean?

How can Chocopie prices be coming down when the supply will be more restricted this time?http://www.nknews.org/2013/09/choco-pie-distribution-to-be-cut-down-at-k...

Uh, some supply is more supply than no supply. Price goes down. Works even in North Korea.

re:chocopie, at least nobody believes anymore that they sell for 9 dollars a piece. that used to be my favorite urban legend about nk. at 8000 won per dollar, 500 won are just 16 cents, that's more like it.
regarding their price, if you look at it in the sense of opportunity costs (buy a choco pie rather than a kilogram of rice), a dropping price might even indicate a problem. people rather buy rice that cookies, hence demand collapses and the price goes down.

UN Panel of Experts Report on sanctions, part 2 of 3