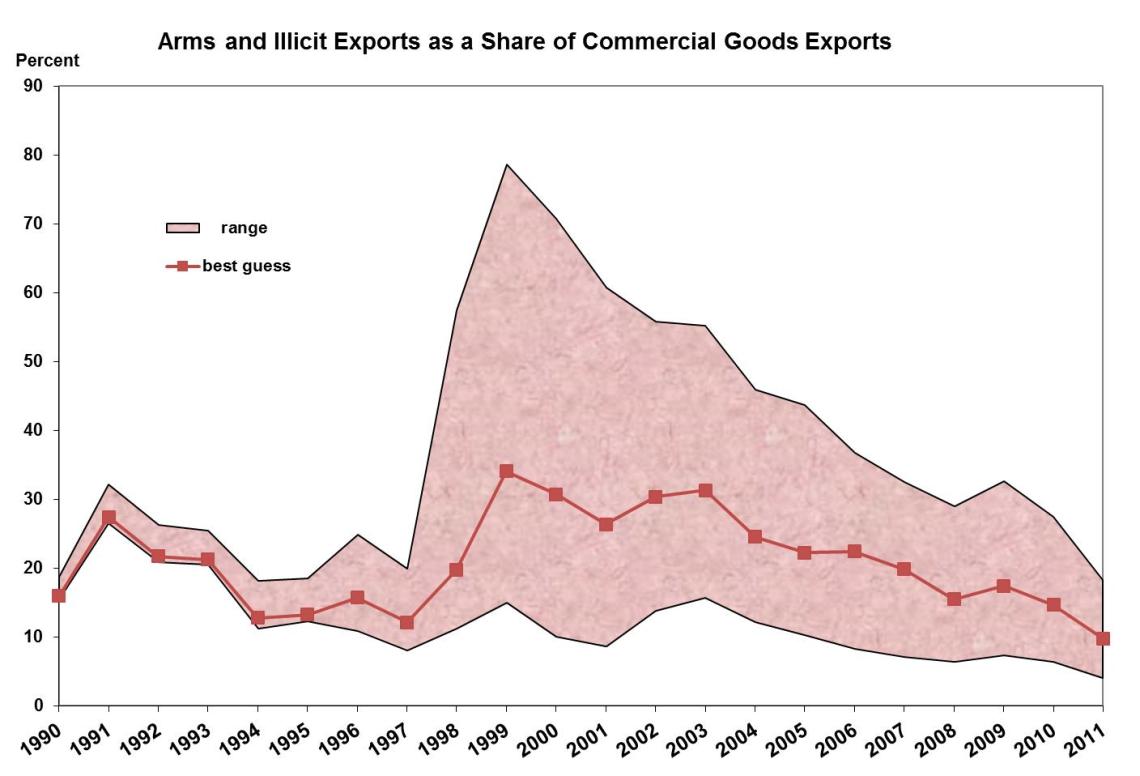 North Korea has long engaged in illicit activities of various sorts including counterfeiting, smuggling, drug trafficking, insurance fraud and so on. The importance of these activities to the North Korean economy is often exaggerated—attributing to North Korea revenues based on the “street prices” for drugs that go through multiple hands before reaching the final consumers, for example. Last week the U.S. House of Representatives Foreign Affairs Committee held hearings on “North Korea’s Criminal Activities: Financing the Regime.” The hearing was well-attended by members and included a wide-ranging discussion, though surprisingly little of it concerned North Korea’s criminal activities and their role in financing the regime.

Steph Haggard and I are in the process of writing a book, tentatively titled Hard Target:  Sanctions, Inducements, and the North Korea Problem, and in that connection I have been updating work that we did a number of years ago, constructing a comprehensive balance of payments for North Korea. The chart above shows our estimates of illicit revenues (inclusive of arms sales) as a share of merchandise exports.  These are admittedly highly speculative and as a consequence we include high and low estimates as well as a best guess. As one can see, this share has been drifting down for more than a decade as both legitimate trade has expanded, and intensified interdiction efforts have crimped criminal activities.  We estimate that in 2011, the illicit share of exports was in the range of 5-20 percent, with our best guess at roughly 10 percent. During the hearings, one of the witnesses, Professor Sung-yoon Lee, claimed that illicit activities account for up to 40 percent of the country’s trade; that statement was probably true in the past, but on our calculation, probably no longer true—though again, all this is highly speculative and anyone who claims that they know the real answer is, in the words of former Vice President Mondale, “a liar or a fool.”

A related issue is the degree to which central authorities exercise control over these activities.  Some activities are almost surely subject to central control; some are probably conducted by state entities but without direction from central authorities (or perhaps without even their specific knowledge);  some of these activities may well be conducted by what amount to local criminal gangs (which may include state, military, or party officials as participants); some of these activities may be organized by Chinese or other foreign gangs with the acquiesence of North Korea officials. Several years ago, for instance, when their was a crackdown no intellectual property rights theft in China, some of the counterfeiting activity allegedly moved across the border into North Korea where control was more lax.

The message is not that we should slack off in our attempts to eradicate these activities. Even they account for a declining share of the North Korean economy, they are still objectionable. But by the same token, we should not make the analytical mistake of thinking that shutting down these activities will halt the North Korean nuclear program or bring down the regime. The real message here is that the expansion of legitimate trade in recent years has made North Korea less dependent on criminal activities and less vulnerable to their disruption.

Slave to the Blog: The History Repeats Itself Edition