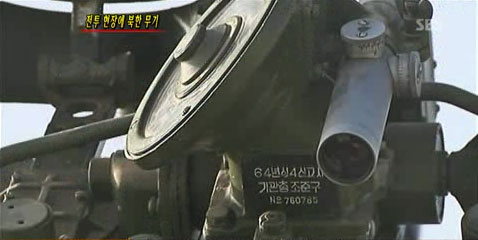 As reported by the Daily NK, North Korean arms (rockets, heavy machine guns etc.—see photos) have turned up in Libya, some in crates labeled “parts of bulldozer.” Such exports are prohibited under UN Security Council Resolution 1874, hence the need for bulldozers equipped with cannons.

The international community has had some success in interdicting such prohibited trade as documented by a report by the UN sanctions committee, but it could well be the case that even more has been missed, and there has been no news of successful interdictions in the past year, suggesting that enforcement efforts may have lost steam.

For the intended goal of sanctions, for the credibility of the UN Security Council Resolutions, and to prevent weapons from landing in the wrong hands and being used for wrong purposes (e.g. Colonel Qadhafi using the imported weapons to suppress anti-government protests of civilians!), continuous efforts from the international community will be needed.

Steel Tariffs against Turkey Unlikely to Halt Its Attack on Kurds