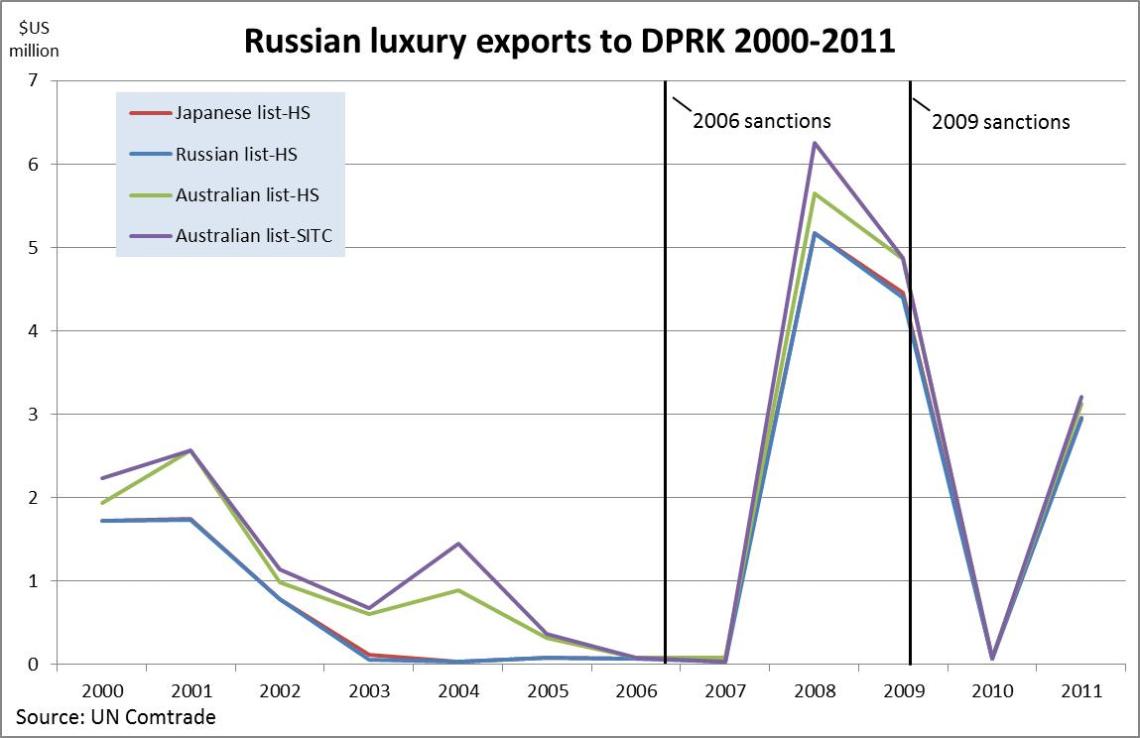 In connection to the economic sanctions mandated under UNSC 1718, in previous posts we have examined the exports of luxury goods to North Korea by China and the EU. Unlike China, Russia actually did submit a list of banned exports to the UN sanctions committee, though in comparison to others, the Russian list is relatively narrow, for example requiring that fur coats be valued at nearly $10,000 or watches almost $2,000 to qualify as luxuries.

Yet our attempt to calculate Russia luxury goods exports to North Korea either under Russia’s idiosyncratic definitions, or the more expansive ones used by other countries yield similar results: few luxury goods reach North Korea via Russia, approximately $3 million in 2011 (see chart above). They consist almost entirely of vehicles (see chart below). Of course if luxury exports are intentionally misclassified to avoid sanctions, they will not be detected in this analysis. And while Russia may produce luxurious vehicles of some sort, the prominence of that category is a reminder of a point made in the earlier EU post---it is likely that many of these luxury goods originate in third countries, and are transshipped via countries like China and Russia that share a border with North Korea.

The relatively low levels of apparent luxury goods exports to North Korea via Russia reinforces the notion that China is the overwhelming source of luxury goods entering North Korea in contravention of UNSC 1718. 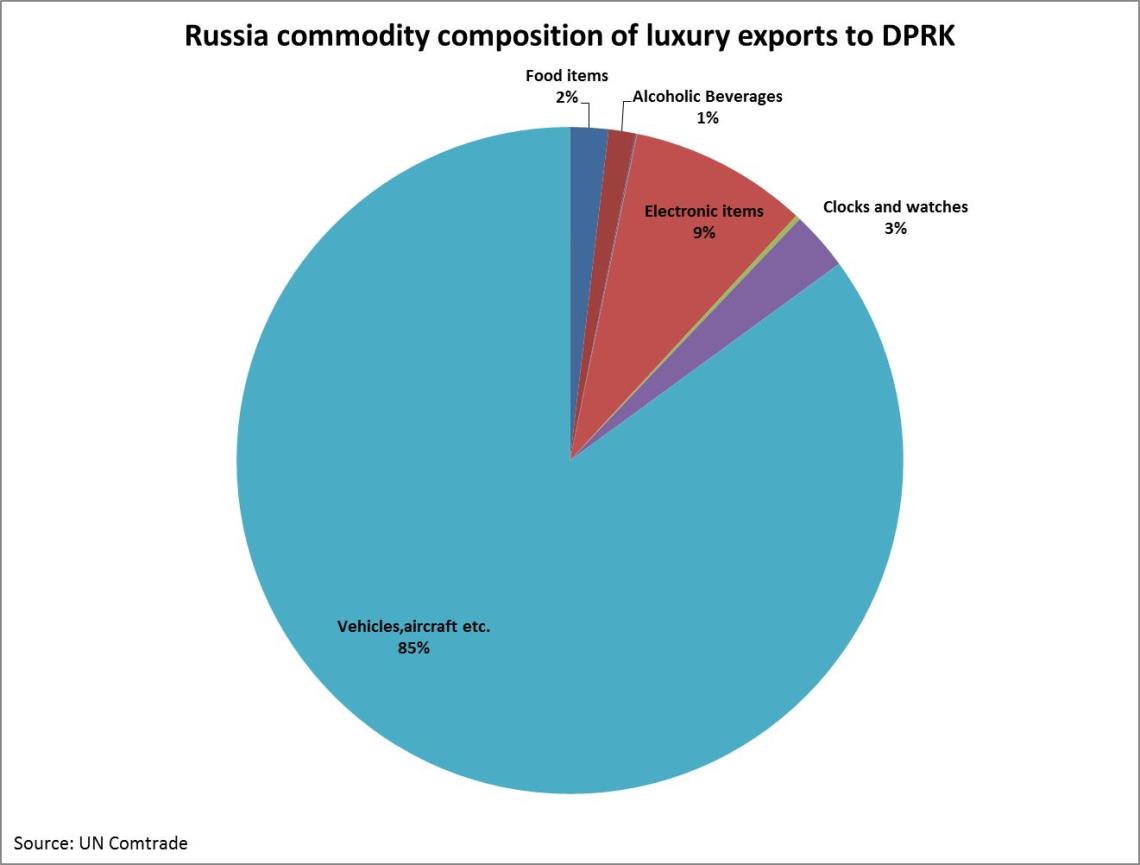 Very insightful analysis given just a few facts - exactly why we keep coming back for more. Any idea why all graphs jump again after a year or so of sanctions? Folks get complacent, desperate for $, better bookkeeping? $3 million is almost nothing for a national-scale.