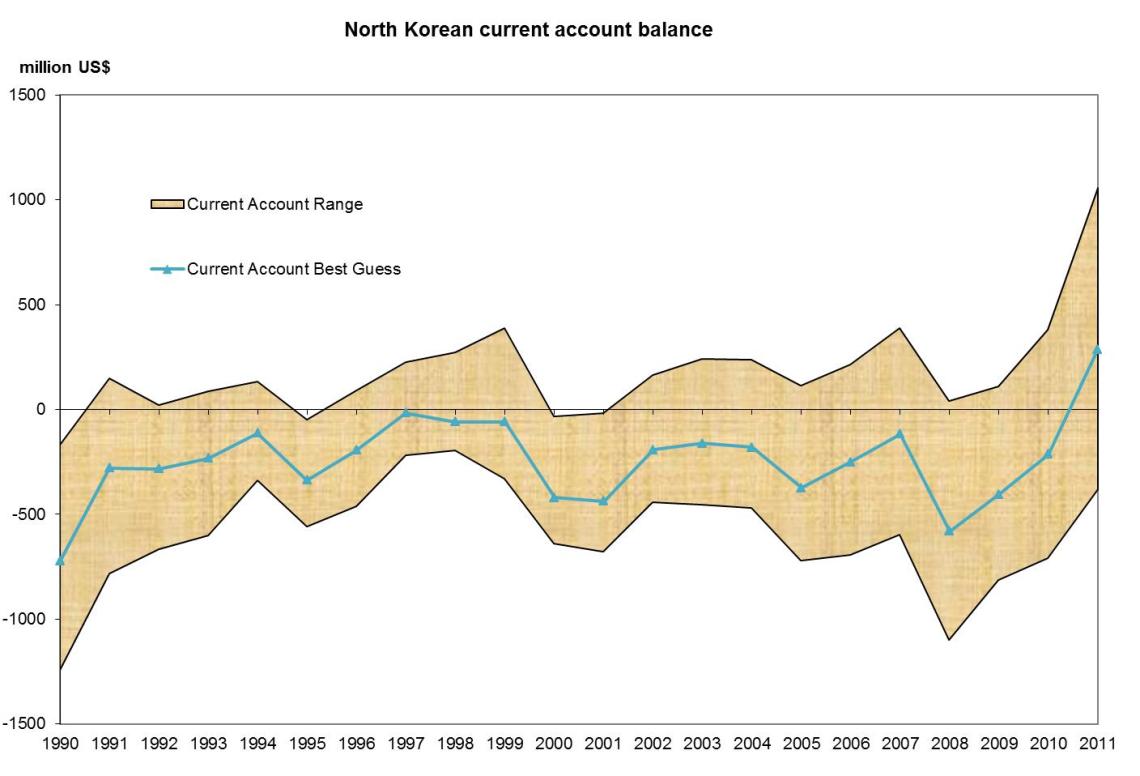 As I mentioned in an earlier post, Steph Haggard and I have been updating earlier work on North Korea's balance of payments in connection with a forthcoming book tentatively titled Hard Target:  Sanctions, Inducements, and the North Korea Problem. Given the significant uncertainty about many components of the North Korean balance of payments--revenues from illicit activities, remittances, and the organized export of labor to name three--we have produced high and low estimates together with best guesses.

In all likelhood, North Korea has run current account deficits for most of its history. That meant that the country was consuming more than it was producing, and the difference had to financed from abroad.  However, on our calculation, largely on the back of expanding trade with China, the current account went into surplus in 2011.  Our preliminary calculations suggest that the country probably also ran a surplus in 2012.

This is bad news, both for North Korea and the rest of us. It is bad news for North Korea because as a relatively poor country, they should be running a current account deficit, importing capital, and expanding productive capacity for future growth. Instead, our calculation suggests that they are exporting capital. Consumption at home is being needlessly compressed (the recent UNICEF survey documents continuing chronic food insecurity for some significant part of the populace) and instead, money is flowing abroad, presumably to finance the future consumption of the elite. Steph Haggard, in a post last week, pointed to evidence that this capital may be flowing into accounts in China.

It is also bad news for us.  If North Korea is running current account surpluses, then they are less vulnerable to foreign pressure.  The collapse of the "Leap Day" deal and the subsequent provocations are more explicable if the country is running a surplus (and has China in its corner).