David Hawk has done pioneering work using satellite imagery and in-depth interviews with defectors beginning in 2003 with the release of the first edition of The Hidden Gulag, a report on the state of prison camps in North Korea. This morning the Committee for Human Rights in North Korea (HRNK) is releasing the fourth edition of the report and launching the North Korea Hidden Gulag blog.

The new report draws particular attention to the plight of women prisoners as well as the phenomenon of “double disappearances”—North Koreans who vanished first into political prisons and again as detention facilities were moved or dismantled.

Although sometimes translated in English simply to “political prison camp”, within the North Korean system these camps are separated into kwan-li-so (관리소) —the most severe camps that the DPRK state officially denies; and kyo-hwa-so (교화소)—an officially recognized but brutal labor colony. 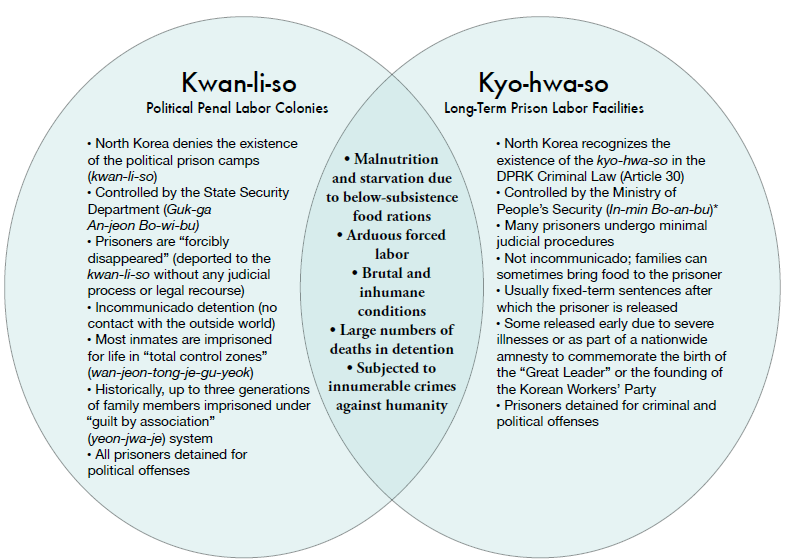 This report found that an additional women’s section of a kyo-hwa-so prison was added after 2008 with room for more than 1,000 prisoners. One former North Korean prisoner suggested that the new kyo-hwa-so No. 12 in Jongo-ri, North Hamgyong Province near the Chinese border was constructed to facilitate the imprisonment of detained North Koreans who had fled across the border and then been captured. That there are a disproportionate amount of women refugees is well documented in the literature.

The report also documents the demolition of Sorimchon/Kumchon-ri, a “revolutionizing processing zone” section of Camp 15, the best documented kwan-li-so camp. The suspected offenses of those in the Sorimchon/Kumchon-ri camp ranged from being a member of an unapproved Christian church to trafficking North Koreans out to China. As all persons detained in kwan-li-so camps, there were no judiciary proceedings or formal charges brought against them. Hawk notes that all former kwan-li-so prisoners he interviewed spent considerable mental and emotional energy trying to figure out what they had done that resulted in such harsh punishment.

David Hawk on the release of the report:

David has done fantastic work on NK political prisoners for more than a decade and deserves more support. His work stands out because it gives real insights into how the gulag system works, rather then rely on sensationalist reporting. Well done David on your new report.