It is once again the season of combined exercises, but with the added uncertainty of the transition in Pyongyang. Should we be concerned? An interesting bit of research by Vito D’Orazio at Penn State suggests that the North Koreans do not behave any differently around combined exercises than they usually do. But this could suggest either that we should not be worried, or that we should always be worried.

But first, an inventory because at least four exercises are at issue. The first of the large combined (ie, US-ROK) exercises is a so-called “command post” exercise--"Key Resolve"—which starts on February 27 and runs through March 9. Key Resolve involves 2,100 U.S. personnel, including 800 coming from Japan and elsewhere and military observers from Australia, Britain, Canada, Denmark and Norway.

Key Resolve overlaps with the start of a two-month combined tactical field exercise--"Foal Eagle"—that involves 11,000 U.S. forces, along with a still undecided number of South Korean units. Foal Eagle is set to run from March 1 through April 30. This long time frame drew attention as it is considerably longer than the typical Foal Eagle exercise of one or two weeks. In fact it is about twice as long as the longest exercise since 1998 (in 2003, Foal Eagle ran for about a month).

As always, "KCNA commentary" —less significant than a formal ministry statement—blasted these exercises in late January.  For those of you note glued to the KCNA, the operative component is worth quoting in full:

“The Key Resolve is a nuclear war rehearsal for aggression on the DPRK aimed to occupy the whole of the Korean Peninsula by force of arms.

Huge armed forces of the U.S. and south Korea will be hurled into the exercises and means for preemptive nuclear attack and naval operation groups deployed in south Korea and its surrounding waters.

It is as clear as noonday that the exercises will deteriorate the critical inter-Korean relations and drive the tension of the Korean Peninsula to the brink of war.”

Several themes are familiar, including the strong link drawn to the risk of pre-emptive nuclear strike and forced unification. We also noted the claim—much more credible—that relations with South Korea (or south Korea in KCNA speak) will suffer as a result. This is a problem, since some improvement in North-South relations is an important political step for the resumption of the Six Party Talks.

But in addition to these combined exercises, there has been a little drama around two other exercises as well (Yonhap). On Monday, ROK Marines conducted live-fire exercises in the waters south of the five islands. The exercises—to bolster the readiness of the new Northwest Islands Defense Command created after the Yeonpyong shelling—went off without incident.

But prior to the exercises a radio broadcast in Pyongyang read a statement attributed to a regional military command. The broadcast issued an “open notice” to those residing on the islands that they should leave by nine o'clock Monday morning to avoid a possible shelling.  Even a “single column of water” was observed in North Korean waters during the drill there would be an immediate and merciless counter-attack. Interestingly, South Korean authorities had themselves already issued a partial evacuation order for the period of the exercises. (The attached picture is of the evacuation bunker).

Finally, the ROK and US navies are conducting combined anti-submarine exercises this week (Feb 20-24). This year, the annual exercise will be conducted in the waters near Gunsan, safely south of the Northern Limit Line.

But the question is whether the exercises actually provoke the North Koreans, which brings us back to D’Orazio’s research note ("War Games: North Korean Reaction to American and South Korean Military Exercises") . Using weekly data generated from a large machine-generated dataset of press sources, D’Orazio asks a simple question: does the presence of exercises change either the rhetoric or actual “conflict behavior” of the North Koreans. Do they actually respond to such exercises? Moreover, he conducts statistical tests on exercises of both low and high intensity, ie., command post exercises as well as field ones, and experiments with different lag structures (the period over which the exercises might have effect).

The short answer is that the exercises do not result in any statistically-significant changes in North Korean behavior. As D’Orazio notes, however, this may be because the North Koreans are routinely belligerent. Two conclusions might therefore be drawn: that we have nothing particular to worry about during the exercises; or that we always have to worry. D’Orazio notes that even if exercises are not what agitates the North Koreans, we still have a lot of work to do to find out what does.

Financial advisors routinely note that “past performance should not be taken as an indication of future performance.” The circumstances of the transition might make the North Korean military particularly edgy. MIT’s Skip Walsh has made the case that the period is indeed more risky and that accidental war is a threat. But D’Orazio’s work suggests that there may be fewer risks to maintaining a robust deterrent posture than is feared. 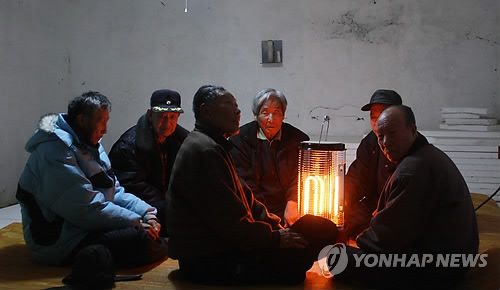