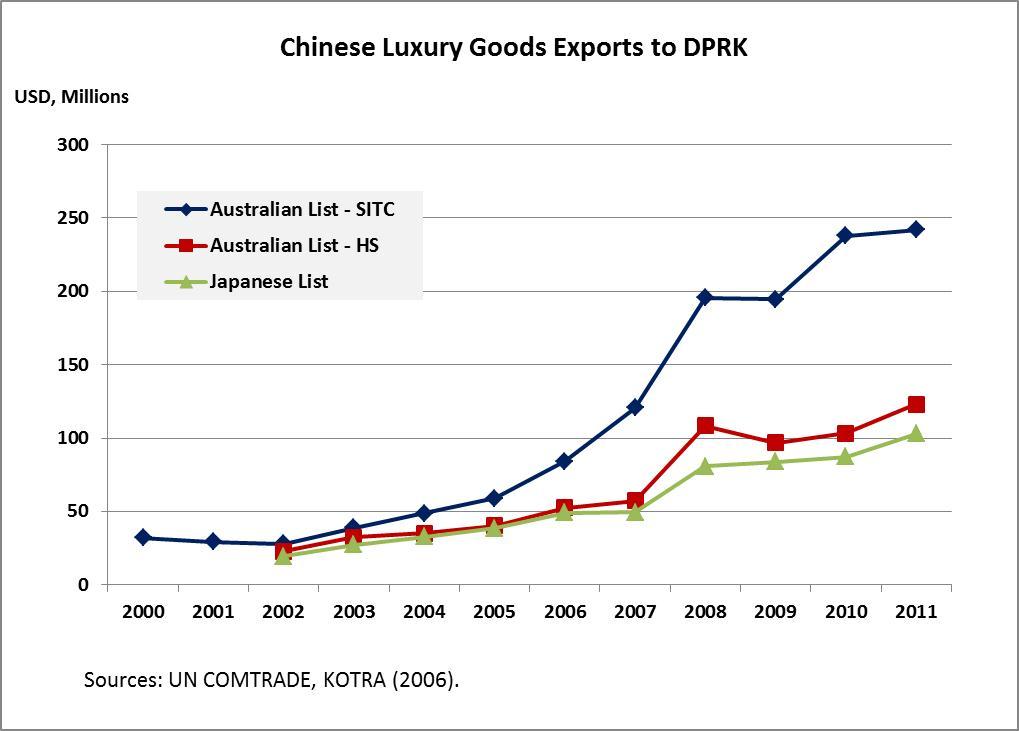 To my knowledge, China has never published a list of luxury goods embargoed for export to North Korea under UNSC 1718, undertaken in response to that country’s October 2006 nuclear test. Chung Dongkwon of the Kukmin Daily wrote an amusing piece describing his experience posing as a Korean trader trying to obtain information from the Chinese authorities on what goods he could or could not ship to North Korea. Needless to say, he was unable to obtain any guidance.

Several years ago I wrote a paper, “The (Non) Impact of UN Sanctions on North Korea” in which I used other countries’ lists of embargoed items to measure the volume of luxury goods being exported from China to North Korea.  Perhaps not surprisingly, not only did these exports not cease after the adoption of UNSC 1718, they actually continued to rise.

We have now updated this analysis. As you can see from the chart above, items that countries like Australia and Japan label as luxuries continue to flow into North Korea, though it is notable that the rate of increase slowed last year. This is a rough calculation and maybe not too much should be read into this single observation, or maybe renewed macroeconomic instability and a collapsing exchange rate are starting to bite. Either way, the most recent data indicated that several hundred million dollars of Chinese bling continue to flow into North Korea.

The Fourth Test: The China Dimension