Last week we provided some price data on food exports to North Korea. The bottom line: there does not appear to be any evidence that China is doing the DPRK any favors. Comparing rice, wheat and corn prices of Chinese exports to the DPRK with standard world benchmark prices shows that they trend together remarkably closely; if anything, North Korea may even be paying a premium in recent years. Today, we repeat the exercise with fuel. As can be seen--and as we reported in an earlier post, there is some seasonality. For reasons we still don't understand, there are often no shipments in some of the winter months. But the larger story is consonant with that reported for food. Chinese export prices track three world-market benchmarks in lock-step through the price spike and subsequent collapse of 2008-9. But then something funny happens: from the start of 2011, Chinese prices come to exceed world benchmark prices, and by non-trivial amounts--between 20 and 30 percent.

We again reproduce the caveats. This is backed out of quantity and value data, and the Chinese could be finding other ways to subsidize the trade (for example, by under-reporting actual shipments, by bringing prices into line with world market prices and then writing off the subsidy, and so on).  But as the large oil majors operate more and  more like commercial enterprises, this seems more and more of a stretch; it looks to us that the oil trade is being conducted largely on commercial terms, with the odd twist that China is exploiting its monopoly power to extract a premium. 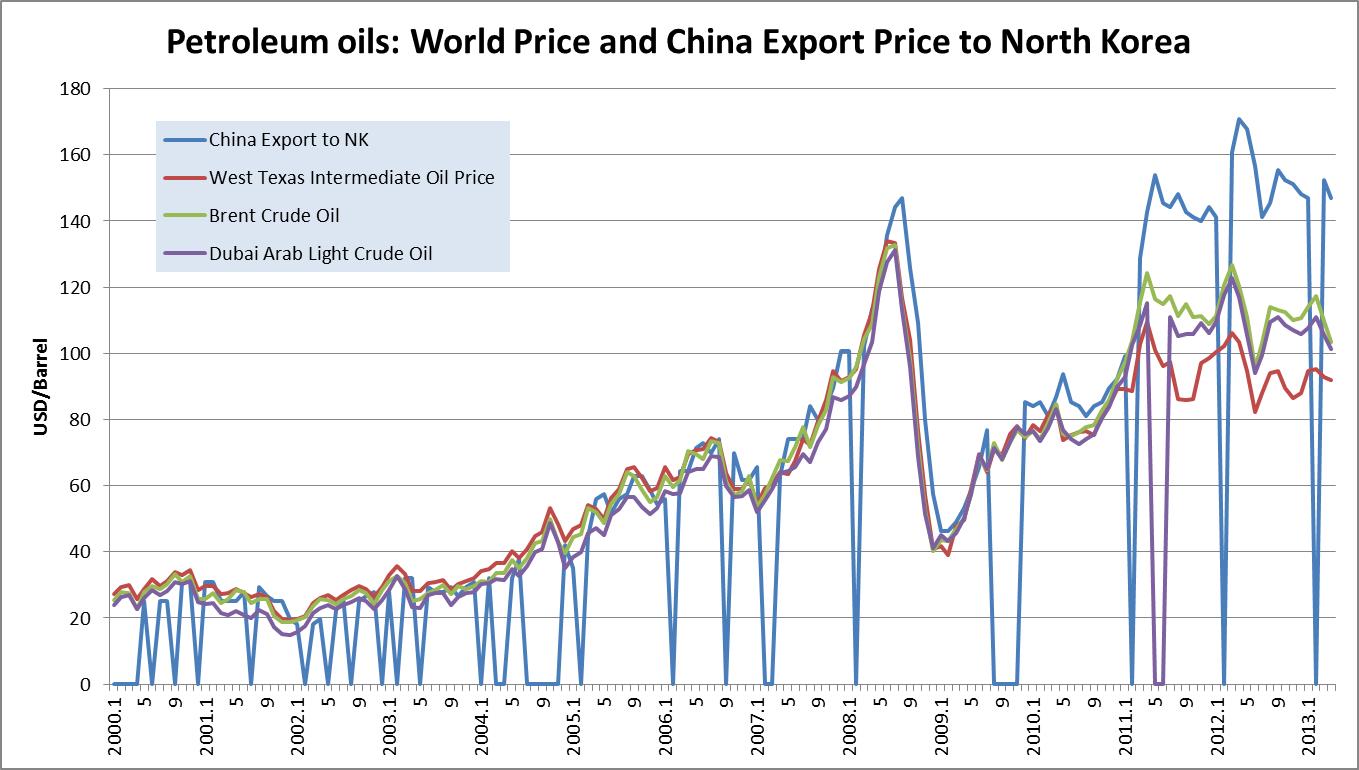