The Third Plenum and State-owned Enterprises: A Step Backward or Forward?

A number of commentators are interpreting the incorporation of the slogan "an economy with public ownership at its core" (公有制为主体) in the third plenum communique as a setback for state-owned enterprise reform. Actually this is the first time the Chinese Communist Party has committed itself to establishing a competitive market economy open equally to all forms of ownership, the result of which is almost certain to strengthen the dominance of non-public ownership.

The slogan "an economy with public ownership at its core" is not new. It has been present in every party communique since the 1988 third plenum. Prior to 1988, the party had no need to incorporate the phrase in plenum communique because the idea of  public ownership being dominant in a communist command economy was a given. There was not even a legal framework for private enterprises until 1988.

Twenty-five years later the party is now acknowledging that public ownership and non-public ownership are both important foundations for economic growth (公有制经济和非公有制经济都是社会主义市场经济的重要组成部分，都是我国经济社会发展的重要基础). In addition, the party has said that "we must unwaveringly encourage, support and guide the non-publicly owned economy to develop, and encourage the economic vitality and creativity of the non-publicly owned economy.”

Ten years later these words have had a profound impact. Non-publicly owned firms (firms majority owned by private individuals or foreign capital) are now the dominant investors in the economy. The share of fixed asset investment held by publicly owned firms (firms majority owned by the state or collectives) has fallen from 61 percent in 2004 to 40 percent in 2012. The revisions of the Xi and Li administration should suggest that this trend will at least continue if not pick up pace. 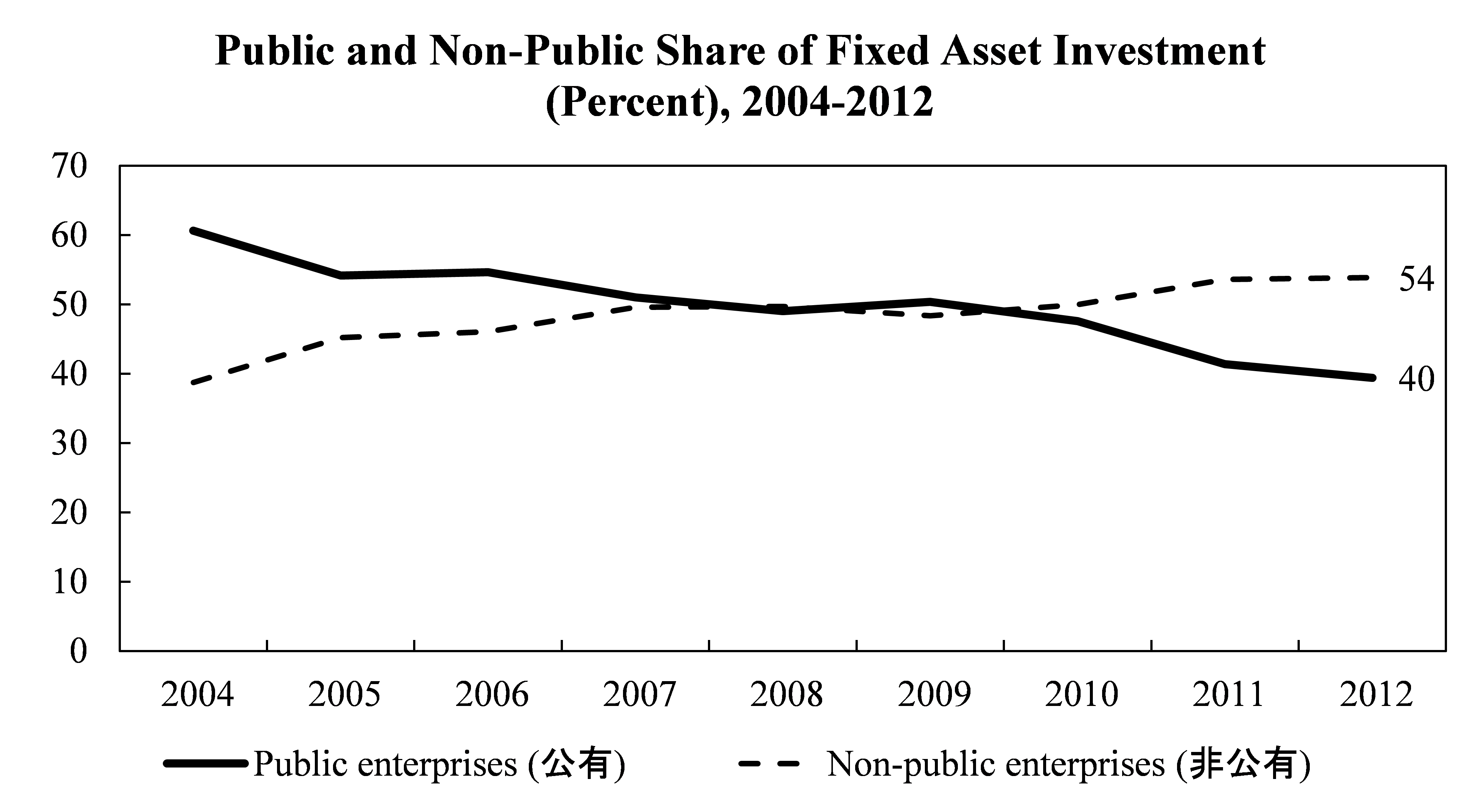 More important, the third plenum document for the first time calls for giving decision making power for resource allocation to market forces. In this context, they called for creating a system of equal competition where firms must freely make decisions considering both market-based input prices and consumer demand. The idea of giving all power over resource allocation to the market is a fundamental departure from the language of past plenum communiques and –if executed – over time will undermine the importance of state-ownership all together.

This communique expresses that a communist party is now committed to allowing market forces to allocate resources and giving state and private firms an equal playing field to acquire and use these resources. Executing on this promise is what will put China on the path to more sustainable growth.