China’s second quarter economic data has been released making it now possible to do an update on the progress economic rebalancing. For an explanation of these indicators and why they are important, refer back to our original post on the topic. Previous rebalancing updates: Q1 2013, Q4 2012, Q3 2012, Q2 2012. A chart showing all the previous rebalancing scores is available at the end of the post. 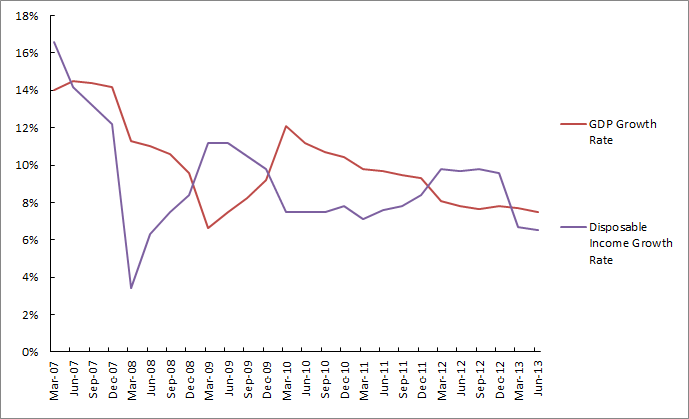 In the second quarter real interest rates on one-year deposits barely remained positive. The one percentage point differential that existed in the second half of 2012 has shrunk to a paltry .3 percent. This continued decline in real interest rates means that this indicator is slipped from slightly positive to neutral . Despite the recent move to remove the floor on lending rates, it’s unlikely that there will be a similar step to free up deposit rates. Real interest rates therefore will remain close to zero or drop into negative territory if inflation picks up. 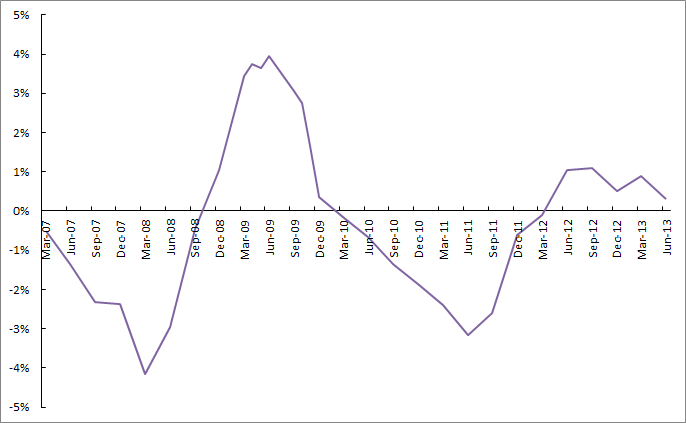 The growth of residential real estate investment remained high in the second quarter, outpacing GDP growth by 12 percentage points. Given the continuation of this gap, this indicator is downgraded from slightly negative to negative. This continued boom in real estate investment casts doubt on the effectiveness of government housing market controls. Given persistent reports of excess housing stock, it seems unlikely that this level of spending is justified by actual demand. China’s real estate investment relative to GDP is already high and on track to increase even further. 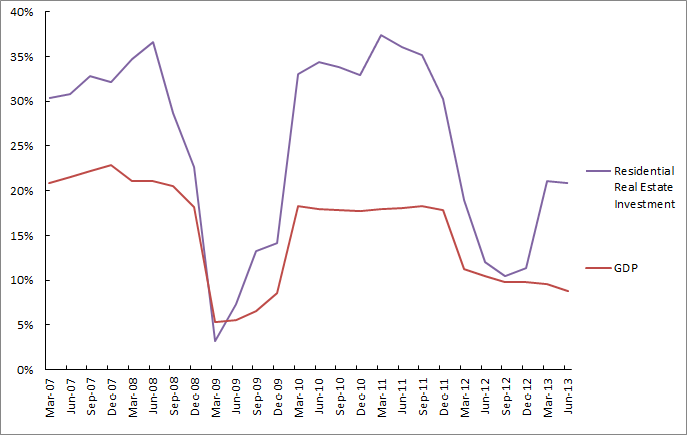 The growth rate of total enterprise loans and loans to small enterprises continued to slow in the second quarter. The gap between the two stayed relatively constant, increasing from 1.2 percentage points to 1.5 percentage points. As a result, this indicator remains slightly positive. The slow growth of total enterprise loans stands in contrast to the rapid growth of other types of social finance. 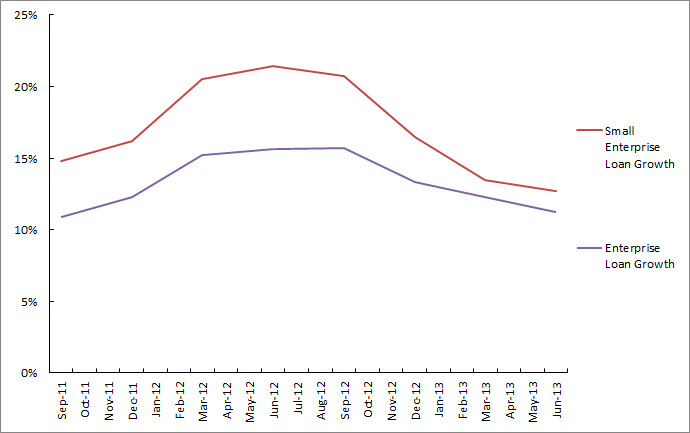 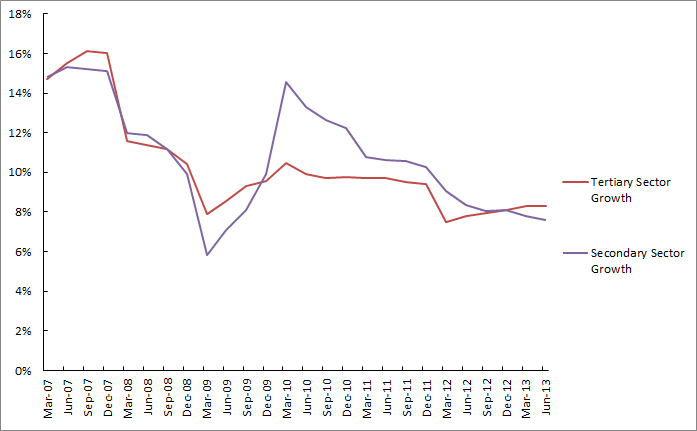 Overall: The data from the second quarter paints a depressing picture of the progress of economic rebalancing in China. The changes relative to last month have been in the wrong direction and as a result China receives its worst rebalancing score yet. If rebalancing is to be successful, policymakers will need to find ways to keep disposable growing at a healthy rate, boost deposit rates without imperiling banks, and slowdown real estate investment without crashing GDP growth. These are difficult tasks, particularly given an environment of growing domestic economic uncertainty and weak global growth. 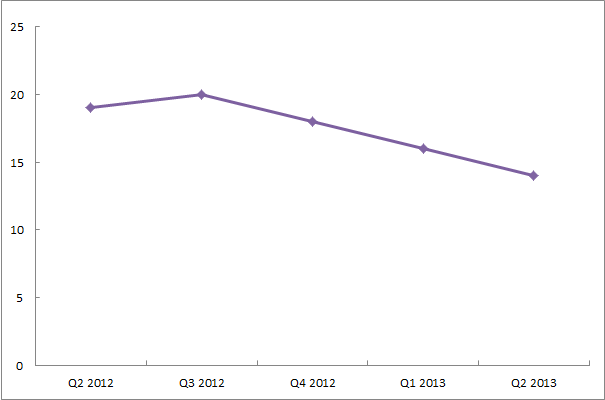